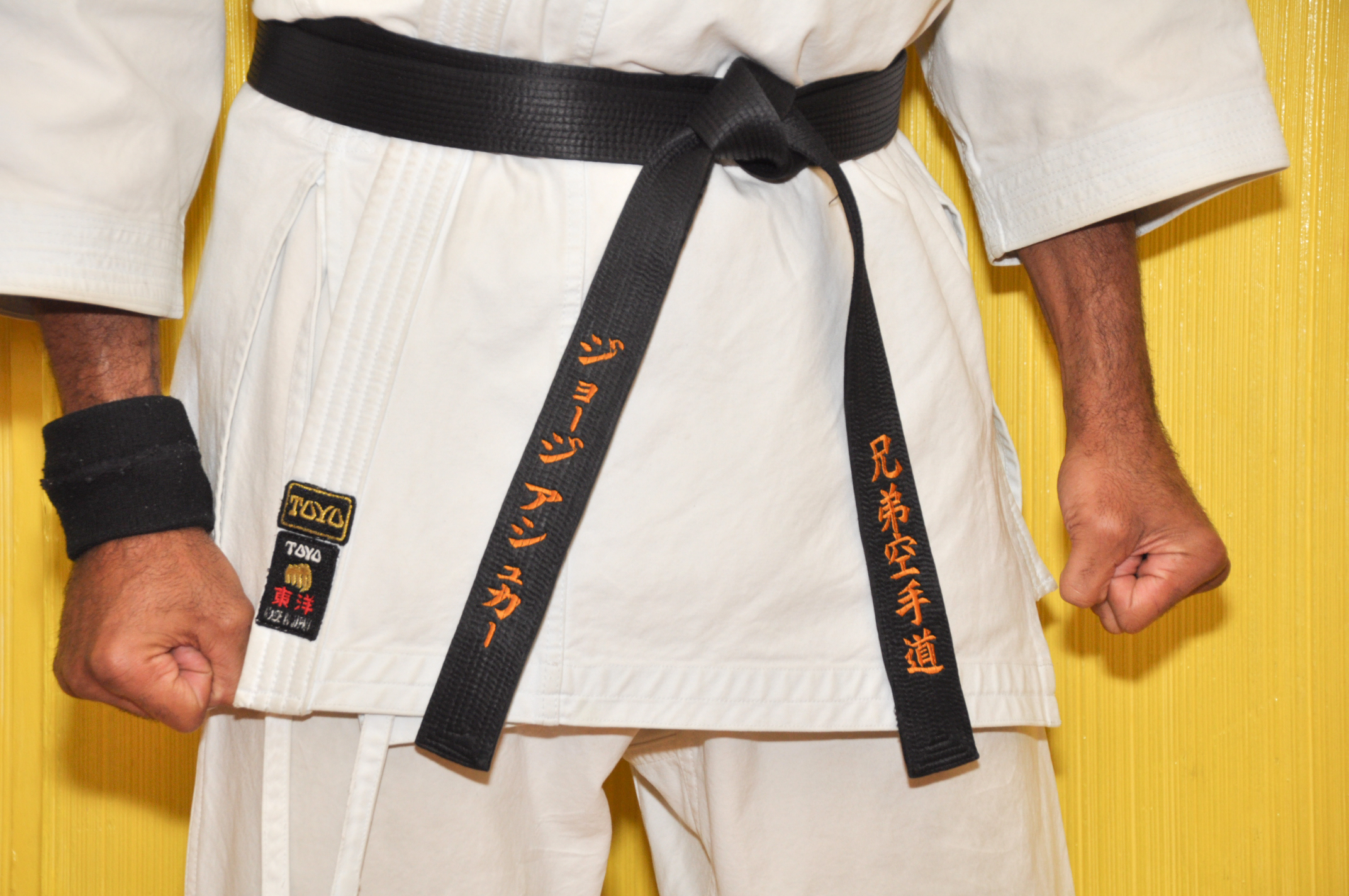 In 525 A.D, during the Liang Dynasty in China, a Buddhist Monk from India named Daruma Taishi brought empty-handed fighting to Canton, a city in south China. In Canton, Taishi also originated the meditative sect of Zen.

Born in 1869, Master Funakoshi began the study of karate- then known as Okinawa-te – at the age of eleven under Azato and Itosu, the two top masters at the time. Master Funakoshi grew into a karate expert proper to Japan with his expositions sponsored by Japan’s Ministry of Education.

Under Master Funakoshi’s direction, karate quickly caught on in Japan. He traveled throughout the country by invitation, lecturing audiences and helping universities set up karate teams. Hundreds of people studied directly under him. Funakoshi was also a poet and used then pen name “Shoto”, or “pine trees in the sand”. In turn, the style of karate he taught became known as “Shotokan-style Japanese karate”.

In 1957 at the age of 88, Master Funakoshi passed away leaving thousands of students to carry on his spirit in karate.

What is a Sensei?

For every 10,000 students that join a karate class, half will drop out during the first month. Of the 5,000, half will persist through the second month. Of those remaining students, 1,000 will complete six months of training and then quit. 500 will study for a year, but only 100 will see their second anniversary as karate students. Three will make first-degree black belt, but only one will go on to teach what he has learned. Karate is now a part of his life that he will share with others. This man is Sensei. Think about it. He is one out of 10,000.

*Except Judo – uniform is discounted.
OFFER OPEN TO NEW STUDENTS ONLY.
OFFER EXPIRES 1/31/2022

You can print out our application form: